Operating as a British spy, Tristan St.James, the new Marquis of Wrenworth, barely escapes Afghanistan with his life in the spring of 1869. He plans to seek vengeance against the traitor who exposed him and for the agent he’s forced to kill. Returning to England, as a lord, he must marry. Haunted by guilt from the horrors of war, he avoids love at all costs, but finds himself drawn to the only woman who is disinterested in him.

Lady Evelyn Hurstine has waited over two years for the return of her love, a man who left for war in the East. But during that time, she suffered a brutal assault, resulting in a child and fear of any man touching her except for the man she once knew. The pursuit by the marquis scares her but her excuses against his proposal dwindle.

Sooo many that I need to add to my TBR List!!! A Giveaway from Ki of Doing Some Reading Blog!!!

Remember it’s my Blogiversary Month and it’s my Birthday, well technically it was yesterday but anyways, hurry it up and enter my GIVEAWAY for a chance to win some amazing Print Books and Swags~

Yes~~ I have books. Print Books!!!! Romances!!!! Swags!!! I’ll throw in a GiftCard too for Internationals!!

Comment, roam around, check out the other posts featuring authors with giveaways….

Yeah, I’ll put all y’all into the drawing who’ve commented on my other posts too. So double the points!

So if you think this is a prize you want leave a comment with your email telling me you want in and I’ll get you on my list.

*Do share with friends and family who love and enjoy reading Historical romances.

* End at midnight cst on the 31st of January, therefore making it February…

A Couple Of Books To Add To My TBR List…

Last year I read and loved new-to-me author Georgie Lee’s THE COURTESAN’S BOOK OF SECRETS(SEE MY 5* REVIEW HERE) and so I jumped at the chance of reading this one.

Source: Complimentary copy received from the author in return for an honest review. 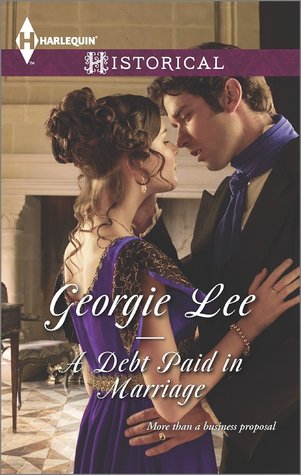 “What am I to him? A contract? A convenient solution?”

Laura Townsend’s plan to reclaim her family’s merchandise backfires when she creeps into moneylender Philip Rathbone’s house and threatens him with a pistol, only to find him reclining naked in his bath!

The last thing she expects is to see this guarded widower on her doorstep a couple of days later armed with a very surprising proposal. A marriage of convenience may be Laura’s chance to reclaim her future, but she won’t settle for anything less than true passion. Can she hope to find it in Philip’s arms?

Shadow of the Witte Wieven

Despite a contract on her head, lone Drug Enforcement Agent, Aliyana Montijo must ferret out a mole and stop the assassination of top DEA officials, as so ordered by the Colombian drug lord she seeks to take down. The task is a daunting one, for there is no one she can trust. No one that is, until she encounters a most unlikely ally.

Former seventeenth century captain of the Dutch West Indies Company, Wolfaert Dircksen Van Ness, now from a parallel dimension, encounters the beautiful agent during an unearthly storm in the Bermuda triangle. Drawn to the Spanish beauty he rescues, he pledges his assistance, despite her reluctance to accept either his help or his heart.

Can Wolf bridge both space and time to claim the woman he loves?

“Are you going to answer the question, or are you not?” he quipped, ignoring her comment altogether.

“Ooh! Tu’ eres el hombre más exasperante que he tenido la desgracia de conocer!” she huffed as she folded her arms and slammed them hard against her chest.

“Sorry?” His eyes danced with sudden merriment, while his lips twitched in amusement. “I didn’t quite catch all that!”

In response to his mirth, she once again clenched her teeth. She could feel her cheeks flame as she jerked a pointed a finger toward his chest. “I said, you are the most exasperating man I’ve ever had the misfortune—”

The moment she drove her finger forward, her words abruptly ended and so did his mirth. Aliyana touched the tip of her tongue to her lips as she stared at what she could see of her finger. She slowly withdrew it from inside his chest, gazed at the digit, repeated her actions once more, and then gazed into his sky-blue eyes.

“Aliyana,” Wolf whispered. “Don’t be afraid of me. This isn’t what you think.”

She struggled to make sense of this new quandary. Her bewildered gaze shifted to his arms that still held her fast, traveled their length, and then rose to his face. Her lovely eyes, filled with such delightful indignation a moment ago, now held a trace of apprehension.

“Who are you?” she asked in a voice just audible to his ears. “Better yet, what are you?”

Hello Nancy! Thank you so much for inviting me to your blog! It is such a joy to be here with you and all of your wonderful readers while I talk a little bit about the 2nd edition of Shadow of the Witte and Wieven and answer your intriguing question: If I could travel back in time, where would I go, and why on earth would I do that?

First of all, I have to tell you that I love history—especially ancient history and the middle ages. There are so many places and times I would love to visit (emphasis on the “visit”), so it is very difficult for me to narrow it down to just one time and place.

Wouldn’t it be great fun to visit Egypt and see the pyramids being built? Or how about taking a stroll through the Hanging Gardens of Babylon? Just what did Helen of Troy look like anyway, or Bathsheba, or Cleopatra that so bewitched the men who loved them and launched ships and stuff? A visit with William “Braveheart” Wallace comes to mind, and so does taking a walk with Robert the Bruce, or a bevy of brawny, handsome knights and some of the more interesting kings. I would love to witness the construction of the majestic castles of the world as well as the Taj Mahal. And did Vlad Drăculea a.k.a. the Impaler and Attila the Hun really do the horrendous things history accuses them of doing? I would love to explore the ancient pristine landscapes of Scotland, Wales, Ireland, England, Germany, or the Islands. Oh! And wouldn’t it be great fun to visit Hogwarts! (No, wait, that’s just fictional, isn’t it…) Ahem…

Okay, so where would I go? Well, right now, this very minute, in the frame of mind I’m in; I think I would set my clock to the summer of 1776, Philadelphia, Pennsylvania and personally witness the birth of my beloved country. (I know, right?)

I think it would have been a frightening time and an exciting time for the colonists. The thought of freedom from England’s rule and the right to govern themselves must have been thrilling. I would love to see the Declaration of Independence being drafted, revised, and then ratified. I think having a very long visit with George Washington, Benjamin Franklin, and Thomas Jefferson would be an amazing experience.

So, I guess that’s it. If I had a time machine that’s the time and place I would visit today. Now if you ask me this same question tomorrow, it might be something altogether different!

What about you? Where would you go?

Debbie has always had a soft spot for fairy tales, the joy of falling in love, and happily ever after endings. Stories of love and make believe filled her head for as long as she can remember. However, it was her beloved husband who encouraged, cajoled and inspired her to take up a pen and write some of them down. In 2012, The Wild Rose Press published her first novel, “Spirit of the Rebellion.”

When she’s not busy conjuring her latest novel, Debbie spends time with the members of her very large family. She also pursues her interests in family history which she also teaches, mythology, and all things ancient and historic.