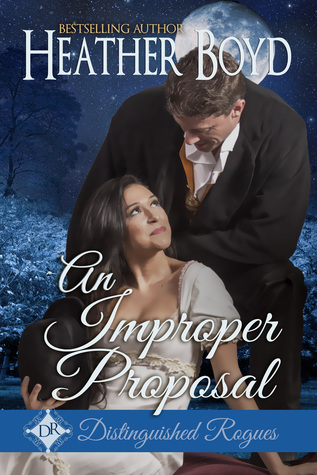 In life there are choices…

Spinster Iris Hedley was once the darling of the ton until her father lost his fortune through an illness of the mind. Reduced to living as a penniless guest while her father rots in debtors prison, she’s determined to escape unscrupulous robbers who’ve set her to spy on the ton by the only means possible—by becoming a wealthy mans mistress. Unfortunately for Iris, her proper upbringing never covered intimacy or seduction so she asks the one man she trusts for help with private lessons in the duties of a mistress.

…in love there is but one

Martin Andrews, the Earl of Louth, may have a soft spot for tiny Iris Hedley, especially after her father fled London with a horde of debtors nipping at his heels. Her request for lessons in seduction leaves him reeling and although tempted it’s an offer he must refuse for her own good. Convinced she’s headed for heartbreak, he sets out to prove that surrendering to wicked pleasure is not worth the sacrifice of her future only to discover that her problems are more complicated than his own.

BOOK NUMBER IN THE SERIES: 6

Stealing a stranger’s carriage is the second most reckless thing Lady Catrin Gryffin de Warrene has ever done. The first is succumbing to her powerful attraction to the carriage’s owner. Catrin has heard the rumors about Sir Orion Wherlocke’s family and their otherworldly gifts. He’s the one person who can keep her son and his inheritance safe from her late husband’s ruthless brother. As for how to protect herself. . .it may be too late for that.

Orion is facing the worst danger a man of his ilk can find: a woman he can’t walk away from. Catrin is an intoxicating blend of innocence and sensuality, and for the first time, seduction is far more than a game. But her beauty and fortune have made her a target–one that will dare him to risk everything he’s known–in pursuit of everything he’s ever longed for…

BUY IT AT: Amazon  Barnes & Noble

This is one of my favorite book series. I love how Hannah Howell writes all these characters. I will admit that I am a little behind on reading this series. I came across the first 3 books in the series when I was looking at my book shelves and then though to myself, “I wonder if there was any other books released in this book series,” and went to Amazon to look it up and discovered that there was an additional 3 books in the series, so I ordered them and pre-ordered this title right then and there. I have decided to read the entire series from the first book to the last one released, and I look forward to when I get to them on my TBR List, and lose myself in the adventures of Wherlocke, and to an extent the Vaughn Family.