I look forward to reading this one, the excerpt has drawn me to the story… 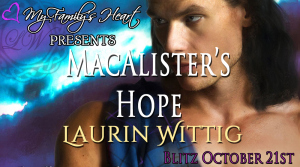 Welcome to the Release Blitz of MacAlister’s Hope by author Laurin Wittig!!!!!

Kieron MacAlister has always loved Fia MacLachlan, a wee fey lass he met years ago who, with her sweet smile and surprising insight, changed his life. When he comes face-to-face with the beautiful woman she’s grown into, can he convince her to change her life, too?

Award-winning, Kindle Top 10 bestselling author, Laurin Wittig, revisits the world of her debut novel, The Devil of Kilmartin, in this sweeping love story set in the Scottish Highlands.

***This short novella was first published in April 2014 in the anthology,The Winter Stone, with authorsTanya Anne Crosbyand Glynnis Campbell. 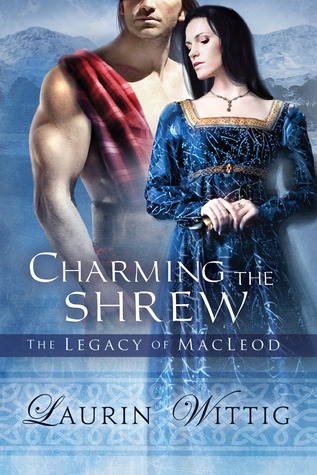