The Second book of the trilogy. Haven’t read this book series yet, but it does sound intriguing. 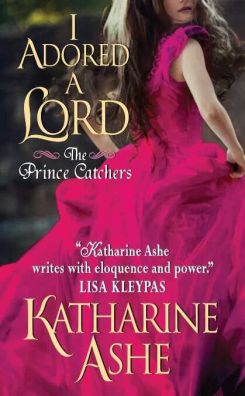 I Adored a Lord

Three very different sisters beguile society with their beauty and charm, but only one of them must fulfill a prophecy: marry a prince. Who is the mystery Prince Charming, and which sister will be his bride?

All that clever, passionate Ravenna Caulfield wants is to stay far away from high society’s mean girls.

All that handsome, heroic Lord Vitor Courtenay wants is to dash from dangerous adventure to adventure.

Now, snowbound in a castle with a bevy of theton‘s scheming maidens all competing for a prince’s hand in marriage, Ravenna’s worst nightmare has come true.

Now, playing babysitter to his spoiled prince of a half-brother and potential brides, Vitor is champing at the…